Win more with these Warzone loadouts 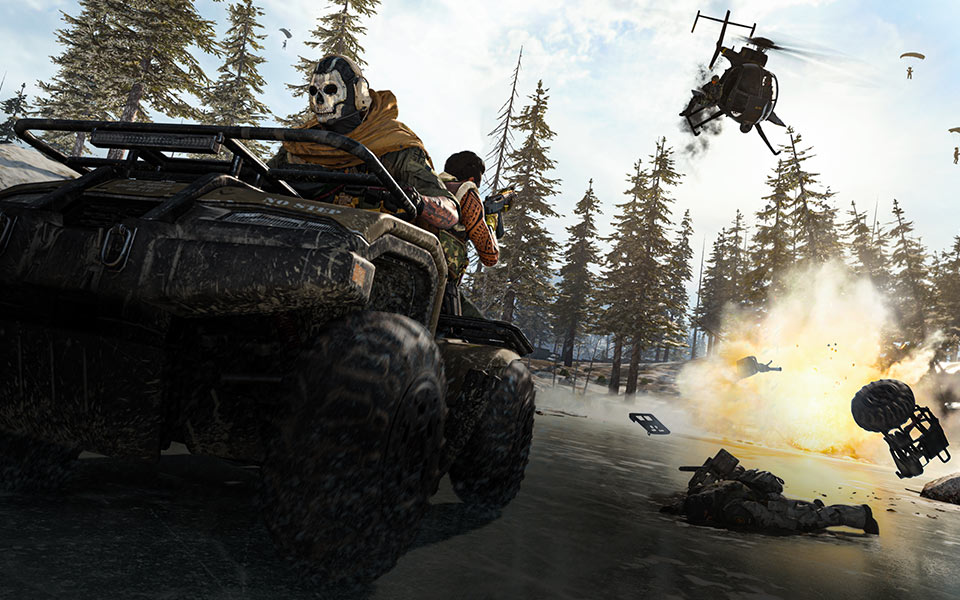 Curious about the inner workings of the Black Ops – Cold War prestige system? There are some significant adjustments to how we prestige in Cold War, compared to previous games. One of the main highlights of the new system is how seamlessly it will integrate with both Warzone and Modern Warfare.

Season One is due to usher in an updated player progression system that stretches across all three Call of Duty games, giving us the flexibility to play and level up in whichever game we choose. It looks as though even the most devoted Black Ops – Cold War players will have plenty of challenges to occupy them, thanks to the new seasonal prestige structure, too. Here's everything you need to know about the system, including the CoD: Cold War prestige level, prestige keys, the rewards you can expect to unlock, and where Warzone and Modern Warfare slot in.

How to prestige in Cold War

First things first, Call of Duty: Cold War focuses on a Seasonal Prestige system. This means that there will be new seasonal challenges, and new milestones to unlock over the course of the year. It also means that our prestige progress carries over between each season, so Treyarch has outlined that this will result in more rewards up for grabs.

While there are tweaks to how the prestige system will work this time around, Cold War still encompasses several progression features from previous Call of Duty games. We'll still have to grind our way from Military Rank 1 to 55, unlocking new weapons and attachments, field upgrades, scorestreaks, perks, and wildcards along the way. Then, after reaching Rank 55, we can earn our first prestige, which is referred to as 'Season Level 1'. Thankfully we won't lose any of the items we've unlocked so far, so if you've found the perfect loadout, you won't have to go without it after you've achieved that first prestige level.

While we gear up for Season One, there are three prestiges to achieve. Here are the Call of Duty: Cold War prestiges you can earn before the first season begins, and the rewards available at each level:

Every 50 season levels awards a Black Ops – Cold War prestige key, but what do these keys actually open? Treyarch has unveiled the Prestige Shop, which lets us unlock Legacy Prestige Icons from other Call of Duty games. There are plenty of Season Levels to grind through, so there will be lots of icons to add to your collection over the coming months.

Season One is scheduled to launch on December 10, which doesn't leave us much time to climb to Season Level 100. When the first season launches, the new seasonal prestige system will also engulf both Call of Duty: Warzone and Modern Warfare's leveling systems. There are over 25 prestiges to achieve over the course of Cold War's upcoming seasons. Each season, there will be four new prestiges to work towards:

Reaching Season Level 200 is a monumental achievement, so Treyarch is keen to mark the occasion for the most dedicated players with the Prestige Master title. This title can be earned each season, so there are six to collect, overall. Reaching this coveted level allows you to choose which Legacy Prestige Icon you'd prefer to equip. It also changes the colour of your prestige level to make it abundantly clear to others that you're a Cold War champion.

That's not even the end of the line, though. After reaching Prestige Master, each season allows us to level up as high as Season Level 1000, with rewards dropping every 50 levels. I can't see myself reaching Season Level 1000, but I'm looking forward to seeing who'll reach this impressive feat first.

How does Call of Duty: Warzone and Modern Warfare fit?

As I mentioned earlier, Treyarch has established a leveling system that'll cover Call of Duty: Cold War, Modern Warfare, and Warzone. This means that at the beginning of Season One your military rank will be reset across all three games. So, if you're still keen to dip into Modern Warfare, your military rank, seasonal level, and prestige level will synchronise with Warzone and Cold War. Thankfully, everything you've unlocked, including your killstreaks, perks, and weapons will remain safe and sound in your inventory. So, if you're an avid Warzone fan, you won't lose out on your hard-earned blueprints either.

The best way to prestige quickly is, of course, by playing Cold War. As it's the shiny new Call of Duty game, it'll be running new events and challenges that'll help us earn more XP more frequently. That said, I think it's a really nice touch that Modern Warfare hasn't just been forgotten. Knowing that I can dip back in whenever I fancy a couple of rounds on Piccadilly, while continuing to chip away at the progression system in Cold War is so valuable as it allows me to split my time as I see fit.

Alongside stickers/emblems, prestige keys, and weapon blueprints, the milestone rewards outlined above will additionally include some battle pass tier skips, although there are no exact details on how these will be spaced. The good news is that Black Ops – Cold War's battle pass content can be used in both Call of Duty: Cold War and Warzone, so there's always an incentive to keep playing to unlock more goodies.

The Call of Duty blog has also confirmed that "while Season One battle pass content is accessible in Black Ops – Cold War and Warzone, players will still be able to progress the Battle Pass by playing Modern Warfare".

I killed a demon, cowered before a giant bear, and survived an M.C. Escher world at Ariana Grande’s Fortnite concert ariana grande fortnite

Battlefield has always been controversial